Bike Chip Timing with “Last Tag Detect Seen” makes for more accurate timing of Bike races. Participants get more accurate bike chip timing with Orbiter than with rows of mats along a single finish line. Users also get more accurate times than using manually cabled by hand, side antennas too. This is for two reasons. First, we use “last tag detect seen” technology. You get accurate results right over the finish line, as shown on the video. In addition, we are the only system that has last tag detect without the need of a separate time detector pelican box. Users like this because our system light and easy to set up.

Secondly, we use a circular polarized phased detect antennas. These antennas create a hard leading and trailing edge. The circular polarized antenna allows for tag reads in any position which increases timing reliability. This hard edge creates a line. You know the time is accurate because calibration is confirmed with a “beep” in real time right on the spot the time is officially taken.

For example, the way it works is bikers get detected at distance. Then as competitors ride toward the finish line, the last tag detect seen is the one taken for the official time. In this example, as shown in the video, time is taken on the line between the two blue barrels where the “beeping” stops. Lastly, the transponder may be placed on several areas of the participant. This includes the bikers helmet, bike frame, placard, wrist, or ankle.

“The Orbiter System effectively timed over 3000 cycle participants in 2016, from 5K to 100 mile distances including lap and wave starts.  I would recommend this system to anyone looking for reliability and consistent results”

SYSTEM SET UP IS MORE VERSATILE THAN COMPETITIVE SYSTEMS.

The software is specially designed for bike racing. A system that provides for virtual baton, lap, split, top team members. SMS Text or Tweet results. Robust rich reports and results that output to displays in real time. You have many set up options. For example, individual start, registered start times, and mass start. You name it, Orbiter software does it.

Set up is easy as one, two, three: First, there are no wires, cables, or IP addressing. Second, the start-finish line can be on uneven ground. Third, just turn the battery operated reader ‘on” and time your race without a network connection.

Another benefit is that you can add additional way points quickly. As fast as you can set the readers and turn them “on”, your race is ready to go. The way points will automatically auto-connect without having to set an IP address. Finally, we have an economical Satellite communication option based on military technology. Plus, dual Wi-Fi and cellular modem that have similar priority to the towers as police and fire. Orbiter does it all. 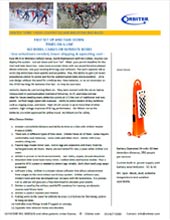 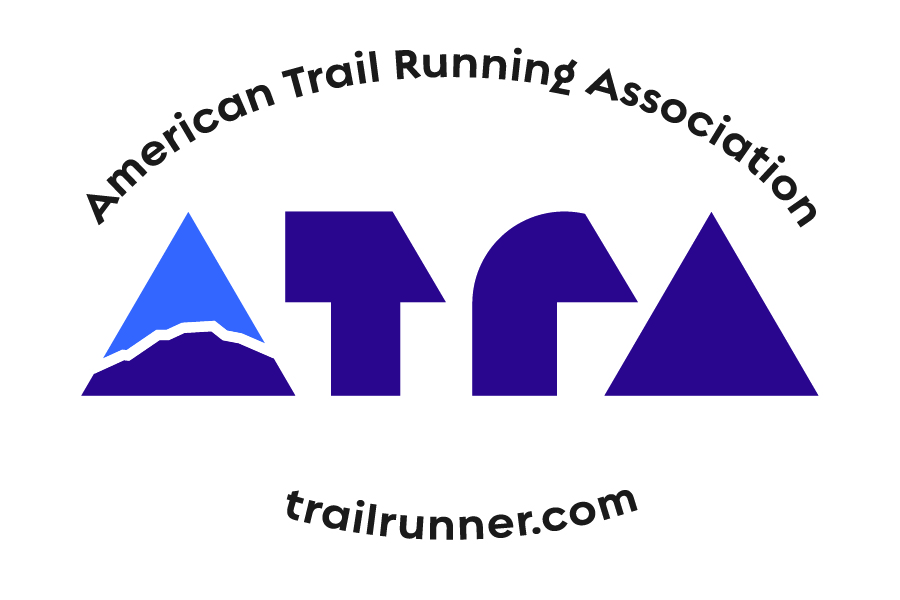 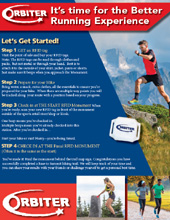 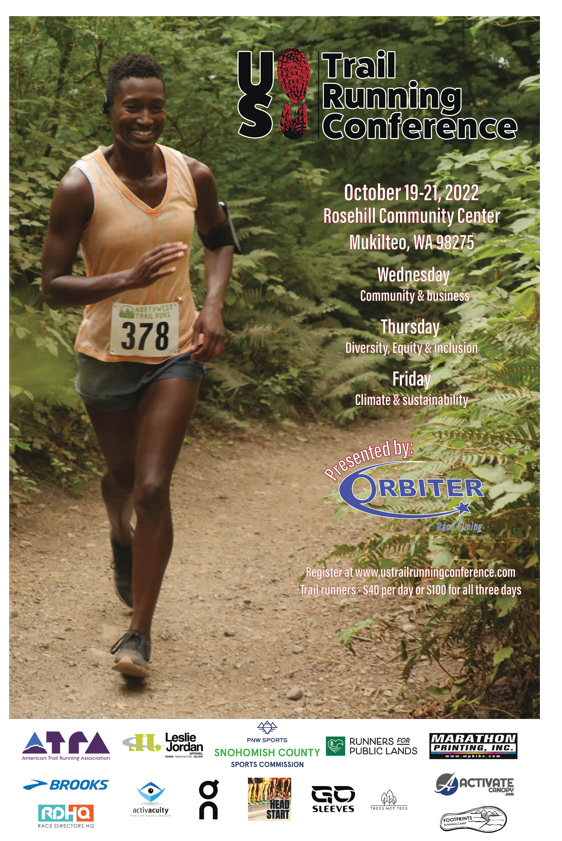